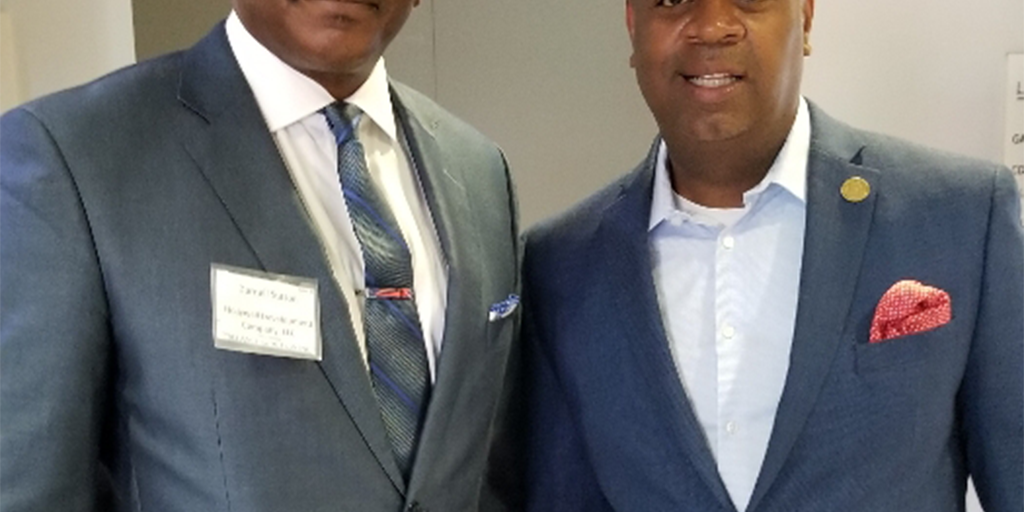 “The beauty of working in our city today is working with our mayor,” Bloom told attendees of the conference, which was held at NJIT. “You cannot come here without some background in mathematics, the language of what we do here. … You will see the influx of tech companies coming into Newark,” Bloom said. Supporters of this technology say that the construction of wireless 5G networks and Smart Cities will revolutionize America, drive new service and industries, bring new opportunities to business and change the way people communicate.

A smart city uses innovation and technology to improve its civic systems and its residents’ quality of life.

Baraka described Bloom as a friend and their relationship as symbiotic. “NJIT is doing incredible things,” Baraka said. “We are increasing the enrollment of Newark residents. NJIT is a partnership of ours.”

“Access to technology gives us a means to communicate with our residents,” Baraka said. “We are definitely thinking innovatively about those things.”

Anthony Lewis, region vice president of public policy at Verizon Communications, said the company is making investments in technological infrastructure. “We are making the investment ourselves,” Lewis said. “We are not asking for a dime.”

Verizon operates three  schools in Newark where middle school students learn about science, technology, engineering and mathematics. Economists and professional educators say mastery of these STEM subjects can lead to high-paying careers with have ample openings.

Looking to the future, Lewis gave an example of firefighters being equipped with technology that will identify people trapped inside a burning building. Another technology will help first responders reach emergencies by moving other vehicles out of the way.

Darnell Sutton, president and CEO of Hollywall Development Corp., talked about investing in poor communications through Opportunity Zones. He discussed rural communities lacking technology and people having access to technology but not knowing how to use it.

“What are you doing with your time to serve others?” Sutton asked. “A true builder says you are valuable. You matter. You may be my competitor. Let’s build together. Let’s use the value of time to build to make it better than ourselves.

David Hutter
follow david_njbiz
David Hutter grew up in Darien, Conn., and covers higher education, transportation and manufacturing for NJBIZ.
He can be reached at: dhutter@njbiz.com.