You are here:
Breaking NewsOpportunity Zones 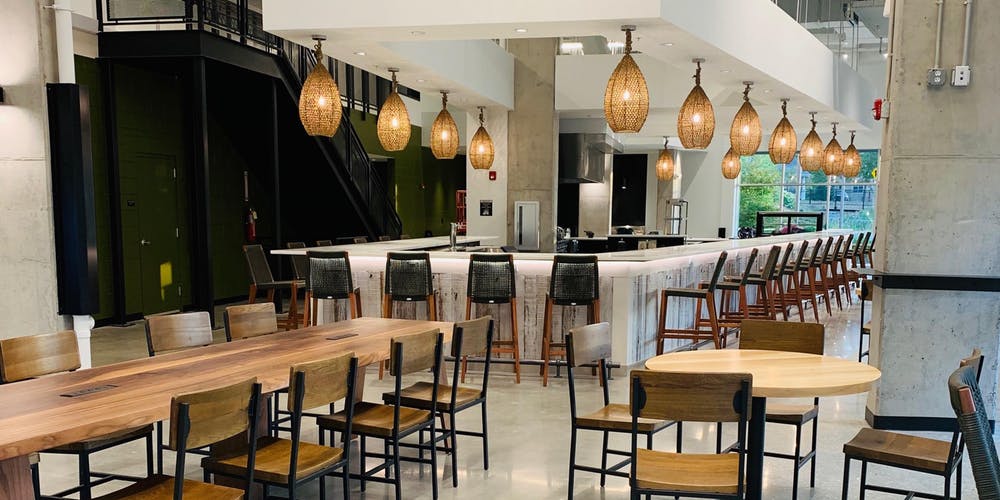 This is the second major business Ms. Richardson has founded within the past two years to support and grow local communities in Maryland. Last year Ms. Richardson opened Baked in Baltimore in Reisterstown Md.

President/CEO Darnell Sutton, “stated we are extremely impressed with and grateful for Ms. Richardson’s commitment to build businesses within opportunity zones of Maryland. All cities across this nation need more inspiring visionary individuals like Ms. Richardson”.

A good imagination can go a long way. it seems that the makers of the Savoir at Studio 3807 have great imaginations.
They imagined over 8,500 square feet of space designed for the community to meet, eat and socialize. It would be the first food hall in Prince George’s County and the second African-American food hall in the country that would feature local chefs, multiple restaurants, an indoor farmers market and artisan markets.
On Oct. 24, the grand opening of Savor at Studio 3807 made the idea, a reality. County business leaders and elected officials were among the Savor’s team to launch the new venue.
Prince George’s County Council Member Deni Taveras (D) – District 2, officially welcomed Prince George’s County’s newest eatery attraction to the Gateway Arts District.
Said Taveras: “This innovative partnership between Studio 3807 and Savor will increase food access to individuals and families living in Prince George’s County, while simultaneously providing entrepreneurs an opportunity to make their American Dream of owning a business a reality. I look forward to the success stories from this project.”