An Open Letter to John Lewis

You are here:
Breaking News 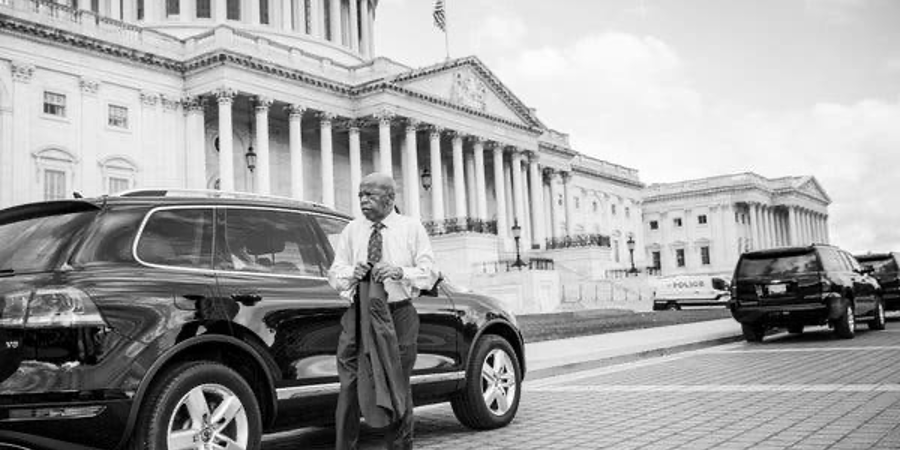 An Open Letter to John Lewis
As you fight a new battle, we owe you a debt of gratitude for being a moral compass for our nation. 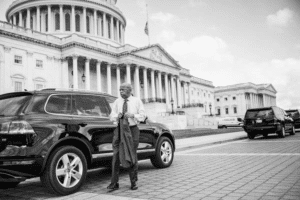 NASHVILLE — Dear Mr. Lewis, I write with a heavy heart. Stage 4 pancreatic cancer is a brutal diagnosis, so it’s no surprise that last Sunday night the internet erupted with anguish as news of your illness became public. Treatment may give you a “fighting chance” to continue working “for the Beloved Community,” as you wrote in a statement, but it’s painful to think of what you will be called on to bear in the coming months. You have already borne so much for us.

In the National Civil Rights Museum in Memphis, a massive screen plays a montage of film and still photos from March 7, 1965, a day now commemorated as “Bloody Sunday.” The images were made at the beginning of a planned march from Selma to Montgomery, Alabama’s capital, to claim voting rights for the African-American citizens of the state. I grew up in Alabama, not far from Selma, and I’ve always known the story of Bloody Sunday, but knowing the story is not the same thing as watching it unfold on a life-size screen. Standing in the National Civil Rights Museum on Martin Luther King Jr. Day a few years ago, I watched in horror. What you and your fellow marchers, 600 strong, found waiting for you on the other side of the Edmund Pettus Bridge was 150 state police and local law-enforcement officers armed with billy clubs, bullwhips and tear gas. They gave you two minutes to disperse.

As the chairman of the Student Nonviolent Coordinating Committee, you were standing at the very front of the march. You were wearing a light-colored trench coat, and that coat is what makes it possible to follow you in the black-and-white footage of those next chaotic moments. One minute and five seconds after the two-minute warning, evil advanced and the carnage began, even as you knelt in the road to pray.

The beating you took that day from an Alabama state trooper may have fractured your skull, but it didn’t crack your resolve. National news stories carrying photos and film footage from Bloody Sunday finally woke this nation to what was happening in the Jim Crow South, and that awakening ultimately led to the passage of the Voting Rights Act five months later.

On that account alone your sacrifice will always be remembered. But what followed Bloody Sunday has been more than five decades of service to this country. During those years, your commitment to nonviolent protest has never wavered, not even through more than 40 arrests and attacks, not even through too many reversals of hard-won gains. 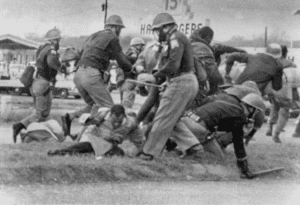 John Lewis, leader of the Student Nonviolent Coordinating Committee, on the ground during attempted march on state capital from Selma, Ala., in 1965.Credit…United Press International

“I have been in some kind of fight — for freedom, equality, basic human rights — for nearly my entire life,” you wrote in the statement announcing your illness. “I have never faced a fight quite like the one I have now.”

You may not have faced this particular fight, Mr. Lewis, but you have spent your life facing down a malignancy that has ravaged this country from its very founding. The racism that led you to the March on Washington in 1963 and to the foot of the Edmund Pettus Bridge in 1965 still rages in the body politic today. Indifference to the poor and the disenfranchised is still a hallmark of state government here in the South — and not just in the South. These are the battles you continue to fight as a United States congressman representing Georgia’s Fifth District.

From a sharecropper’s shack outside Troy, Ala., where as a young boy you preached to the chickens, to the battlegrounds of the civil rights movement to the hallways of the federal government, you have been a moral compass for the nation and a voice for freedom and democracy in the world: leading a sit-in on the floor of the House of Representatives to demand a vote on sensible gun legislation, fighting for equitable health care for the poor and just last month announcing the passage of a bill that would strengthen the Voting Rights Act.

It would be easy to lose heart at the rank nationalism and flagrant racism still on display in our own day. It’s always tempting to give up in the face of the two-steps-forward-one-step-back nature of any fight for justice. But you have never given up, and you have never given in to despair.

In 2016, eight days after the presidential election, you won the National Book Award for the third volume of “March,” your graphic memoir for young readers. Two days later you returned to Nashville, where you were a student, to receive the Nashville Public Library Literary Award. The very highlight of my professional life is the interview you gave me in our library’s beautiful Civil Rights Room — and surely the lowest point is the fact that tears ran down my face the entire time.

You were kind enough to pretend not to notice, but you offered some words of comfort, too: “In these days that seem to be so dark, I think the spirit of history is still leading us and guiding us — I believe in that. Call it what you may, but I believe that somehow, in some way, good is going to prevail. And out of some of the darkest hours, there will be daybreak. There will be light. And we will get there. You have to believe it. You have to believe in your guts that it’s going to be O.K.”

Margaret Renkl is a contributing opinion writer who covers flora, fauna, politics and culture in the American South. She is the author of the book “Late Migrations: A Natural History of Love and Loss.”